During my travels in County Donegal, I was visiting a friend in Gort an Choirce (the field of wheat), I decided to walk up to Falcarragh (An Fál Carrach – “The stone wall” in Gaelic), about 2 some miles. A wonderful walk, with breath-taking glimpses of the Atlantic.  I decided to stay for a couple of days, at the Shamrock Lodge, “an Loistin Seamriog”, welcoming bar (now bar/restaurant) with a few ‘hostel’ like rooms, comfortable but sparse, on the second floor.  I would spend my days there roaming the surrounding country, strolling down to the beach to watch the wind-surfers cut in and out through the bay, and get lost in the dunes. Walking the roads, climbing the peat rich valleys and hills, all the way to Mucais mountain. 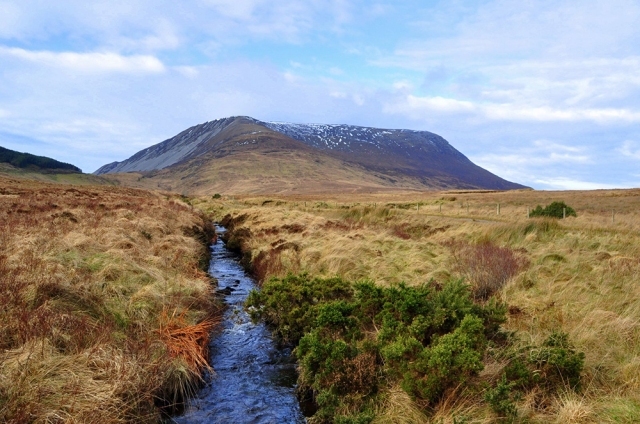 And walking the rural paths to really local taverns, as County Donegal is not frequently visited by tourists – wishing I had brought a flashlight/’torch’ to find my way home. I was able to remember, miraculously, to find my way ‘home’ (a gift – or luck, for which, I have always been grateful for).

I sat down at the bar and ordered my pint in Irish (Gaelic), the patron on my right commended me on my Irish, in Irish, (my Irish language skills were rudimentary, at best, but I was trying) we were having a nice conversation in broken Irish/English. When he thanked me for the conversation, and asked me my name.  I told him “Tomas” and enthusiastically shook his hand, he then pressed further an inquired after my surname, when I replied “it’s ‘Mills’”, he furtively looked around like a white guy telling a ‘Black’ joke, and said “you might want to keep that quiet around here”.  I was very intrigued, and somewhat elated as to what my ancestors had been up to in these parts. I stayed there for a few days hiking and exploring the area.  I wandered off in the direction of Mucais “Mountain”, I tried to stay on the local roads for as long as I could, or so I thought, then headed “off trail” toward the island of granite in a sea of peat.  As an American city boy, I was unfamiliar with Irish peat fields, a challenging mix of soggy, muddy, semi-swampy terrain, riddled with the seemingly random harvesting pits; where the locals would masterfully scoop out perfectly rectangular ‘bricks’ of peat with their spailpins (uniquely shaped shovels), to be stacked and dried, and eventually burned for heat and comfort in the hearths of themselves and their neighbors.  These pits could be a couple-to a dozen feet deep.  Navigating around these necessary hazards was time consuming, as my only map, or compass was the near-distant view of the ‘mountain’. After a few hours, I finally reached the welcomed rocky shale that suggested solid, rocky ground, and began my ascent, clue, and direction-less I made my way cautiously up.  I eventually found some cairns (stacked rocks to designate a trail).  As I neared the summit, the capricious Donegal weather intervened, and sent a healthy cloud base inland from the sea, to obfuscate my view from the summit, and confound my descent. I lost view of the trail-marking cairns (a re-occurring theme of my life). Weary, tired and wet, it took me almost twice the impossible ingress time to make it back to Falcharragh for a well-deserved, way-over-due pint, and a lovely toasted ham and cheese sandwich.